We get the opportunity to work with dozens of amazing vendors, almost on a daily basis. From florists with an eye for design, to entertainment, lighting teams, rentals companies and everything in between! TEN31 Productions, a Pawtucket based entertainment company, is anything but ordinary and one of the most dynamic vendors we get to work with. Over the next four months we will be exploring our exciting partnership with them, including events like the 3rd annual Mysterium: The Eternal Masquerade as well as our living stations.

For those of you not familiar with TEN31, do not worry. We sat down for a few minutes with TEN31 Co-founder, Joe Pari to learn more about the inspiration for all that they do, as well as their involvement in the local community.

While we’re very familiar with your work, others may not be, can you tell us a little more about the background of TEN31?

TEN31 began one evening on the banks of the Providence River during a fall at Waterfire, an internationally known Rhode Island art installation. That night, Eric [Auger] and [myself], founders of TEN31 performed as two captivating Gargoyles, TEN31’s first creation. The response for the two on that crisp evening was our “Eureka” moment and the beginning of a new dream.

The reaction from those around them was just as powerful. From that moment, nearly fifteen years ago, TEN31 grew from a simple, powerful idea: art can be “brought to life” and provide emotionally inspiring entertainment.

Now in its fifteenth year of operation, TEN31’s collection of costumes has truly blossomed. The installations range in size from one performer to dozens. There is an endless array of combinations within our collection of hundreds of different Living Statues and Living Art Costumes… all performed by our talented staff of over forty performers.

We take pride in producing custom handcrafted works of art with a promise to be committed to the highest artistic and professional standards. We have been honored to perform for many of America’s top corporate firms, three US Presidents, and abroad in various countries.

We have gotten the chance to collaborate with you on some of your Waterfire events. We now know you and Eric started that partnership, but how did it develop?

As I mentioned above, we started at Waterfire. The relationship has been such a wonderful experience throughout the years and we hope for many years to come. That first night, we just showed up without asking or informing Waterfire, we immediately caused a stir – a bit of a backup on the river walk; Waterfire noticed the crowd and approached us and asked to connect with them later the following week. After a few test spots for the Gargoyles to perform, we eventually ended up on the base of the World War Monument in Memorial Park where we’ve performed at almost every full lighting ever since.

Your work with Waterfire is just the tip of the iceberg. You work in so many of the communities throughout Rhode Island, including Providence, what does this relationship with the city mean to you?

Well, as you may know, the Waterfire performance is paid for solely through tips from the public. This performance generally includes a staff of seven people and several hours of preparation and scheduling so its not a hugely profitable venture for us, however, that is not truly why we do it. We do it to be part of the magic of Waterfire and the brilliance of our capital city.

Similarly is Mysterium, this is a partnership with the Providence Public Library, and it’s our hope that this event grows to be a premier event and tourist attraction for the Library and the City.

Aside from the continued presence in local communities, where do you see TEN31 going in the months and years to come?

Our focus now is integrated experiences. An example of this is our new collaboration with [your team at] Russell Morin Catering & Events and our Living Wine Stations in which we are creating opportunities for individuals to participate in unique theatrical dining. The Living Wine Stations feature living Greco-Roman statues that pour wine for guests.

Broader, we continue to develop, Mysterium: The Eternal Masquerade which is an immersive theatrical event that features Living Statues, Dance, and Theater performances where guests are given the freedom to choose their own path while being surrounded by the installation, versus just watching it unfold on a stage while seated. We want people to explore art and theater while walking around…this approach ties into our history of being street performers.

In addition to working with you on some of the weddings and galas we cater, this is our second year partnering TEN31 on Mysterium, hosted at the Providence Public Library, which has been brought up in a couple of your answers. We know you don’t want to give too much away, but what can you tell us about this year’s event?

While some components of Mysterium remain the same: it’s a black and white attire party. Like last year, we will be providing masks, wonderful food and open bar to be provided by Morin’s. We will once again, be exploring public and some areas normally closed to the public. Some of the same characters will once again be appearing (although some of them may look very different.)

What does change each year is the theme, part of this year’s theme is Grecian and we are encouraging sophisticated Grecian costumes, - this is not your frat toga party! If you’re not into costumes, black and white attire is otherwise recommended.

Each year, we highlight “something or somethings” from the Library’s amazing Special Collection. This year it’s...just kidding, you’ll have to come to Mysterium and see if you can figure out what it is!! 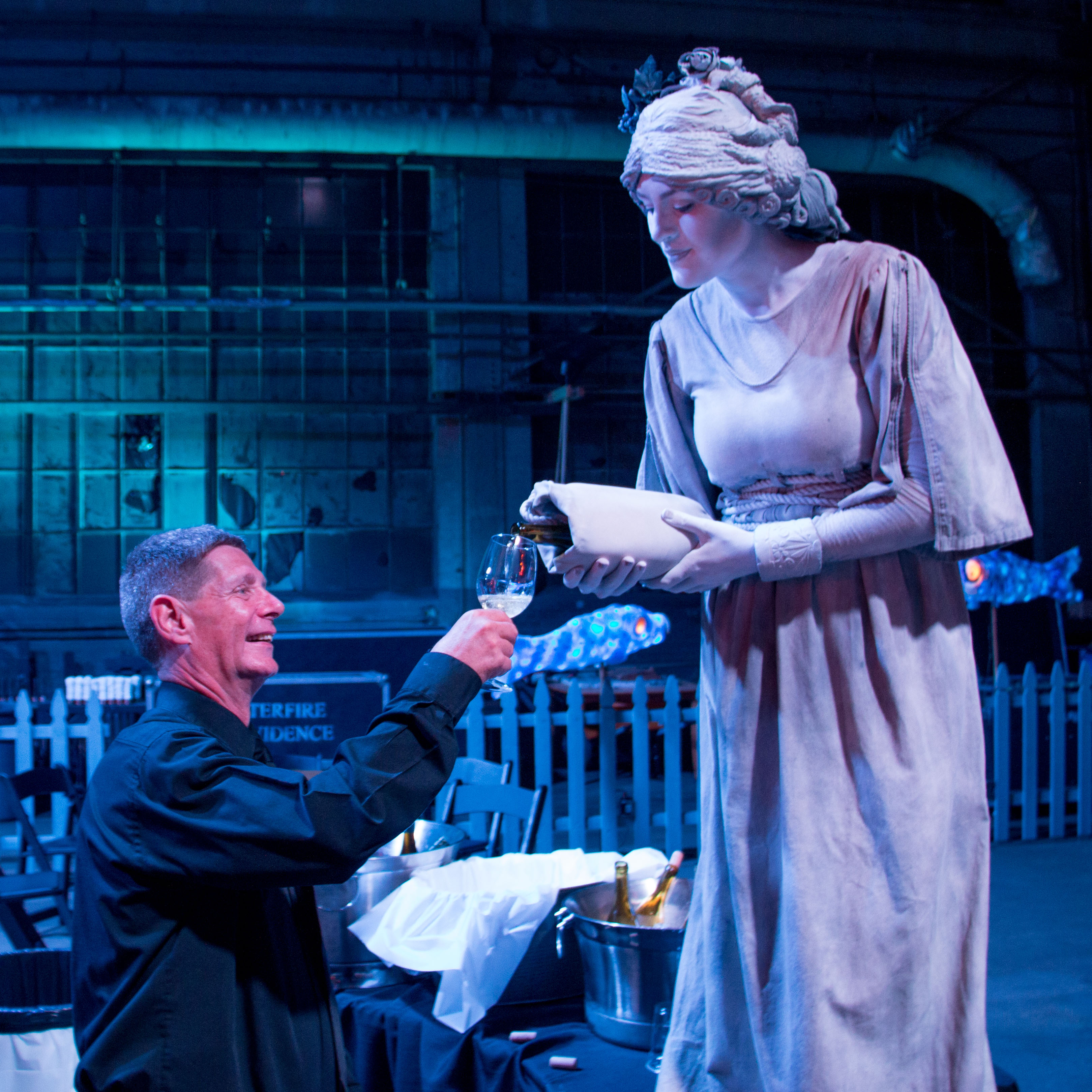 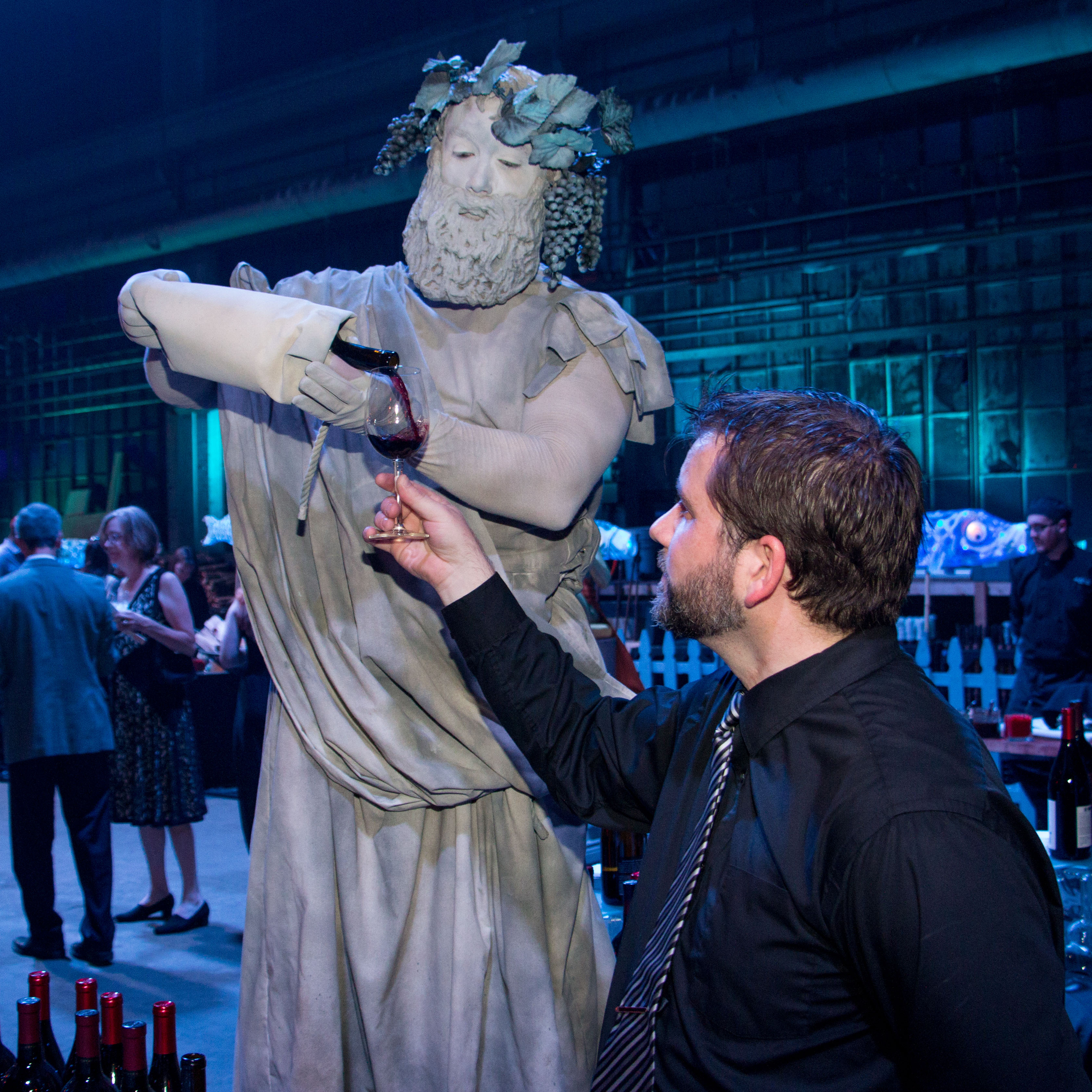